Valcor Engineering Corporation, a world-class designer and manufacturer of custom precision fluid controls, motion controls, and turnkey systems for space, aircraft, nuclear, and scientific/industrial clients, is going greener! Located in Springfield, New Jersey, Valcor makes efforts every day to protect the environment and limit their carbon footprint. Their most recent endeavor involves the installation of 2,194 solar panels on the building’s recently replaced roof. 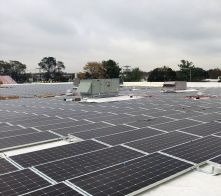 “The solar modules are installed with a 5° tilt to shed rainwater and snow,” stated Dave Bartok, Senior Manager of Valcor Plant & Facilities. “The use of solar power helps Valcor save the need for generated electricity, resulting in less pollution of our air. This is just the most recent effort by Valcor to be a good partner with the planet.”

Valcor has been at the forefront of protecting the environment for decades, not only recycling paper, plastics and glass, but also metals recovered throughout the plant, such as brass, copper, stainless steel, and aluminum. Further, all lubricants, coatings, and other liquids used in the machining and manufacturing processes are recovered and recycled. Also, furniture and fixtures no longer needed are donated to local charities, where they are repurposed and given new life. 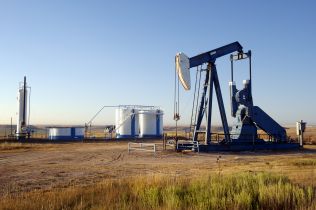 Valcor’s efforts to protect our planet don’t end at the Springfield facility. Valcor’s Scientific & Industrial group works closely with many clients who provide clean energy solutions to their customers. Several clients make conversion kits, using Valcor solenoid valves, to convert over the road and fleet vehicles from diesel to cleaner burning compressed natural gas. Another “green” application involves the purification of natural gas at remote crude oil well-head sites. When pumping crude oil from the ground, natural gas is also recovered, and sent through a purifier that uses Valcor’s solenoid valves. Once purified, the natural gas is stored in tanks, and used to power generators that provide electricity to the wellhead site. Previously, the well operator would have diesel fuel trucked into the site, stored in tanks, and used to power the generators. 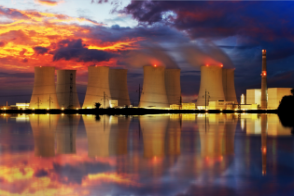 Valcor’s Nuclear Energy and Power group provides solenoid valves and systems to nuclear power plants around the world. Valcor is one of only two companies in the U.S. that are approved by the Nuclear Regulatory Commission to make solenoid valves for service on and around the containment structure of a nuclear reactor, as well as related safety systems in a nuclear power station. Valcor Engineering and its employees prove every day, in every way, that they are a partner in protecting our planet!

With a library of more than 18,000 designs, Valcor’s design team can modify existing technology to suit practically every hard to handle application. Valcor specializes in custom applications and can create an entirely new product to meet your needs.