Shooting for the Stars – Business in Focus

Shooting for the Stars

By: Nate Hendly
Published on: October 28, 2017
Valcor was recently featured in “Business in Focus” magazine. You can check out the full article here 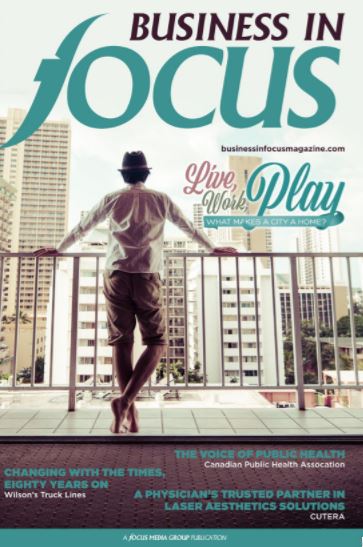 Valcor Engineering Corporation is aiming for the stars. Based in Springfield, New Jersey, the company designs and manufactures fluid control valves and related products for a variety of industries. Some of its most prominent customers are found in the aerospace and aircraft sectors. Other sectors served include the scientific and industrial markets and the nuclear power industry.

When you connect with Valcor staff have won awards from NASA while the company has exhibited at some of the biggest airshows in the world and counts giants such as Boeing and Rolls-Royce as its customers.
For all this, Valcor Engineering Corporation remains quite grounded about its mission. “There’s a really big focus on operational excellence, becoming more valuable to customers and providing the best value to our customer…” states Tom Iervolino, Vice President of Business Development and Corporate Strategies.

The company also offers many types of valves and other fluid control solutions for the scientific and industrial market. Within this segment, the company’s products are used in fuel cells, dialysis machines, medical sterilizers, oil exploration, floor cleaning machines, biotechnology, life sciences and cryogenic handling.

In addition to designing and making products, it offers aftermarket support and customer service and counts multiple airlines and aircraft manufacturers as customers with its FAA Repair Station.

Valcor Engineering Corporation began its existence in a decidedly humble fashion. The company was founded in 1951 in a tiny corner workspace on the second floor of a Newark, New Jersey industrial loft. At the time, the firm operated in borrowed space.

Under these less-than-optimal conditions, founder Morton Kreitchman developed and assembled the fledgling firm’s first product – a new kind of floating seal valve. His design was revolutionary and displaced other existing valve designs. The enhanced product made aircraft fuel systems less vulnerable to contamination from dirt or grit. Kreitchman earned a patent for his valve in 1956.

The first client to purchase a floating seal valve prototype was Republic Aviation, and the first aircraft to use a Valcor production valve was the F-84 fighter plane. The floating seal valve proved to be a popular product. According to the company, over one million of these valves are still being used in aircraft and fuel control systems, worldwide.

While much of the focus at Valcor was on aerospace, Kreitchman’s products were utilized in many other sectors. He developed an electromagnetic pump that could dispense small amounts of liquid precisely. Said pump was sold primarily for medical and scientific applications. The company founder also came up with a valve assembly for the drink dispensing industry that improved sanitation.

In addition to being a successful inventor, Kreitchman was a good businessman. His company kept growing, adding new markets and staff, and expansions were made in existing facilities. In June 1980, the company moved from Newark to its current locale in Springfield. In 1999, he was inducted into the New Jersey Inventors Hall of Fame.

Iervolino says the ‘secret’ of Valcor’s longevity is not just the fact the firm makes excellent products; there is also the company’s service to its customers. “It’s really part of what makes us unique – sets us apart from the competition. We can out-engineer the competition,” he states. “We have customer-centric values.”

Of course, the other secret of its success is its talented staff. “There is a lot of deep knowledge in our people,” says Iervolino. “At the same time, we try to ensure we bring in new people with ideas and energy and skills to keep [things] vibrant.”

Of course, the other secret of its success is its talented staff. “There is a lot of deep knowledge in our people,” says Iervolino. “At the same time, we try to ensure we bring in new people with ideas and energy and skills to keep [things] vibrant.”

“Electroid is a custom designer and manufacturer of electromagnetic brakes and clutches. These products are sold into aircraft/aerospace as well as various industrial market segments. They also design and manufacture air separation modules (ASMs) and OBIGGS (onboard inert gas generation systems), and both of these are sold into the military and commercial aircraft market. These are used to ‘inert’ fuel tanks (replacing flammable fumes/oxygen with nitrogen) on aircraft. We share the same/similar suppliers. Together, we offer a more complete portfolio in a number of our shared markets,” explains Iervolino. ASMs are “used on commercial and military aircraft worldwide,” he adds.

Like Valcor, Electroid is based in Springfield and has also achieved ISO9001:2008 plus AS9100C certification. The company’s certificate of registration covers all processes and procedures along with its the QMS (Quality Management System) for the design, manufacture and testing of brakes, electromagnetic clutches and air separation modules for aircraft fuel-tank ‘inerting.’

For its part, Valcor has also achieved several additional industry certifications, including ASME QME-1, ISO-9001 and HAF 604 (Certification in China) for nuclear work.

Valcor recently won a very high-profile project. In June 2017, the company’s aerospace division won a contract with the Sierra Nevada Corporation (SNC), a large aerospace and technology firm. The subcontract involves making products for the Dream Chaser program. The initiative centers on a reusable space vehicle developed to bring cargo to and return items from the International Space Station (ISS).

The company’s extensive work with spacecraft has been recognized by NASA. This spring, Valcor’s Chief Engineer Yuri Gerasimov and Assistant Chief Engineer Vitor Cardoso were given ‘Silver Snoopy’ awards by NASA, to honor their work, particularly on the oxygen tank pressurization system. The Silver Snoopy award is named after Charlie Brown’s dog in the ‘Peanuts’ cartoon strip and is given to people who have made significant contributions that help ensure mission success and safety in the human space flight program.

“It’s rare to get one. Valcor has received three,” over the years, says Iervolino, of the award.

Asked to name the company’s greatest challenge, Iervolino is quick to reply. “One of our biggest challenges as a corporation is managing growth,” he states.

The company wants to expand, of course, and hire new staff and source new markets but does not want to experience out-of-control growth and lose focus. Its home state poses challenges of its own. As Iervolino points out, “New Jersey is not a low cost state.”

When it comes to marketing its wares, Valcor relies on “email blasts, promotional mailings, print ads and a lot of face-time with its customers,” says Iervolino. The company also regularly takes part in government forums and major trade and industry conferences.

In January of this year, for example, the company’s nuclear engineering group exhibited at an AUG/MUG 2017 joint conference in California. AUG is the Air-Operated Valve Users’ Group while MUG is the Motor Operated Valve Users’ Group. One month later, Valcor’s scientific group took part in SLAS2017 in Washington D.C. SLAS is a global group that promotes sciences and hosts conferences.

In June, Valcor’s aerospace group exhibited at the 52nd Paris International Airshow, a huge production that featured over 320,000 visitors and 2,300 exhibitors this year. The Paris Airshow is one of the largest and most important events of its kind in the aerospace world. The following month, the aerospace division participated in the AIAA/SAE/ASEE Joint Propulsion Conference in Atlanta, Georgia. This conference was organized by the American Institute of Aeronautics and Astronautics and centered on the design, testing and flight performance of new aerospace propulsion technologies.

There is no shortage of exciting projects for Valcor. The big buzz in space and aviation circles at present is the notion of “a U.S. mission to put people on Mars,” states Iervolino. Should a journey to the Red Planet become a reality, Valcor hopes its valves or other products will be included on the spacecraft in a historic achievement for an already high-flying firm.