Positioning the Internet for the Planet

On August 1st of this year, the world celebrated the 40th anniversary of MTV. MTV was a ground-breaking channel in its day, the first to play music videos and appeal to youthful cable viewers. Today, we take cable TV for granted, but it wasn’t always that way. Cable TV systems were established in the late 1940s and early 1950s to bring broadcast TV programming to remote areas that had little or no TV reception. As the ‘50s became the ‘60s, cable systems grew in number, but they still provided mostly local programming. This changed in 1972 with the launch of the first pay-per-view service on cable TV, HBO. The success of HBO’s launch was due to its plan to transmit its signal, not by wire or radio wave broadcast, but the use of a communications satellite to deliver its signal to ground-based cable companies. HBO was quickly followed by Ted Turner’s WTBS. The success of these cable TV stations spawned countless others, including MTV, giving local cable companies the ability to offer more than just local programming to their existing subscribers and attract new subscribers who saw limited content available in local broadcast TV. 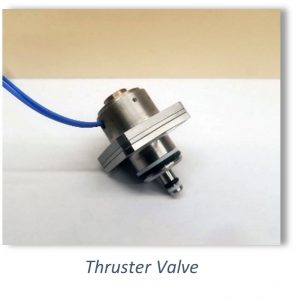 With the advent of the World Wide Web in 1995, the public could access what has become a world of information and entertainment. In spite of requiring the use of a dial-up telephone connection to access the few Internet Service Providers (ISPs) of the day and with only a few browser choices, internet access took off. Dial-up had three weaknesses: it required a dedicated phone line, suffered from delays in sending and receiving data, and was prone to crashing and disconnecting. In 1995, cable systems embarked on massive upgrades to their networks, enabling them to offer high-speed internet service to their customers. With the introduction of broadband high-speed service in the late 1990s, dial-up internet users flocked to cable for access to the internet. As convenient as cable-based internet access is for most of us, it still requires a significant ground-based infrastructure to function, limiting access to highly populated areas where the cost of infrastructure per subscriber is relatively low. While most of us take access to the internet for granted, there are many around the planet who have little or no access. People in areas with no dial-up service nor a local cable system currently have only one option, Geosynchronous Orbit (GSO) satellite-based internet. Most GSO satellite-ISP subscriptions are expensive and beyond the reach of most people in rural areas or developing countries. GSO ISP suffers from data caps, slow upload speed and delays in data transmission (or latency) much like dial-up ISP. The next major step in the evolution of the Internet is to bring access to those who do not currently have it at a cost-effective price.

Enter the role of global satellite internet service. Several major companies are literally launching programs to bring high-speed broadband internet service to the entire planet. Most satellite ISP programs are based on a constellation of small satellites to deliver the internet to future subscribers.  The typical constellation will consist of several hundred to several thousand small satellites (roughly the size of a 2-drawer file cabinet) in Low Earth Orbit (LEO). To access the internet through one of the LEO satellite ISPs, customers will need to rent or purchase a gateway and antenna (much like satellite TV), then pay a monthly subscription fee for broadband internet access. The industry expectation is that monthly satellite service will ultimately be comparable to ground-based ISP subscriptions, putting it in reach of millions of people in rural and remote areas. The target market for LEO satellite ISPs is those who currently have basic internet service but no broadband access or those who have no internet access at all. In 2021, about 5 billion people (or 63% of the earth’s population) have internet access, in a global population of 8 billion. That leaves a substantial unserved market for LEO satellite ISPs to chase. 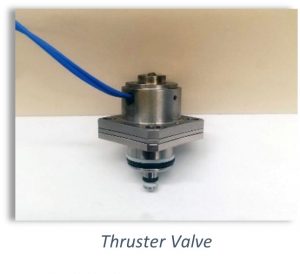 The LEO satellites are deployed in space from a launch vehicle. Once deployed, they must be maneuvered into proper position. This requires the use of thrusters and propellant. Once free of the launch vehicle, a ground-based controller must put the satellite in the proper orbit and place within the constellation. Since the satellite is small, there is not much propellant available for the initial positioning or future orbit adjustments. Therefore, the thruster valve must be extremely responsive to earth-based commands to fire and shut-off, conserving precious propellant in the process. In addition, the propellant tank must be designed to contain the largest volume of propellant in the smallest possible footprint to conserve space in the satellite. This requires the tank’s ability to store propellant at high pressure, and the thruster valve’s maximum pressure rating to match. In addition, the performance of the valve must be extremely reliable; a malfunctioning valve means a lost satellite. Valcor custom designs thruster valves and regulators to meet the LEO Satellite ISP provider’s requirement for fast actuation speed, exceptional reliability and high-pressure service.

Valcor also supplies thruster valves and propellant tanks to the CubeSat market. CubeSats are small satellites used for conducting scientific experiments in LEO. The applications and design challenges are similar, with Valcor offering a wide range of design platforms and engineering expertise to bring to the project. Once the customer’s specifications are established, Valcor engineers use Model-Based System Engineering (MBSE) tools to design, qualify, and manufacture thruster valves, pressure regulators and propellant tanks. MBSE ensures the fastest possible turnaround for a satellite project, with the highest possible successful implementation and operation. Since its first application for space vehicles in the early 1960s, Valcor Engineering has been at the forefront of design for custom fluid control solutions and systems.  Valcor, with decades of flight heritage, provides the high performance and high reliability, cost-effective fluid controls essential to propulsion engineers.

Whether designing thruster valves and propellant tanks for satellites, or ultra-high purity valves for medical and analytical instruments, Valcor Engineering is your trusted partner for your most important fluid control and complete turn-key integrated system projects. What can we do for you?