The increasing demand for high-speed internet has given rise to the emergence of broadband Low Earth Orbit (LEO) satellite constellations aimed at providing this service. This is nothing new. It is well known that companies in the 1990s tried to launch such systems with limited success. Globalstar, Odyssey, Iridium, and Teledesic all had lofty goals, but only Iridium has moved forward. There have been more recent failures, as well. They failed due to high costs, limited demand, and financial problems.

Yet still, high costs of the satellite remain an impediment. If LEO constellations expect to be financially viable, their costs need to fall by an order of magnitude. This requirement flows down to their supply of major components, such as valves. Even though these satellites employ electric propulsion, these propulsion systems still require valves to control the flow of noble gases used in these systems.

Using its long heritage of space flight component design and manufacture and innovative design to cost practices, Valcor has an answer to remedy this impediment with dramatic improvements in size, accuracy, and manufacturing cost with a compact, accurate, low-cost latch valve.

The most significant improvement, however, is reduced manufacturing cost. Valcor accepted the challenge of a very aggressive price target for a high-volume satellite constellation and set out to design a simple robust valve with low cost as the number one design driver. In addition to the single-coil single-magnet latching design and 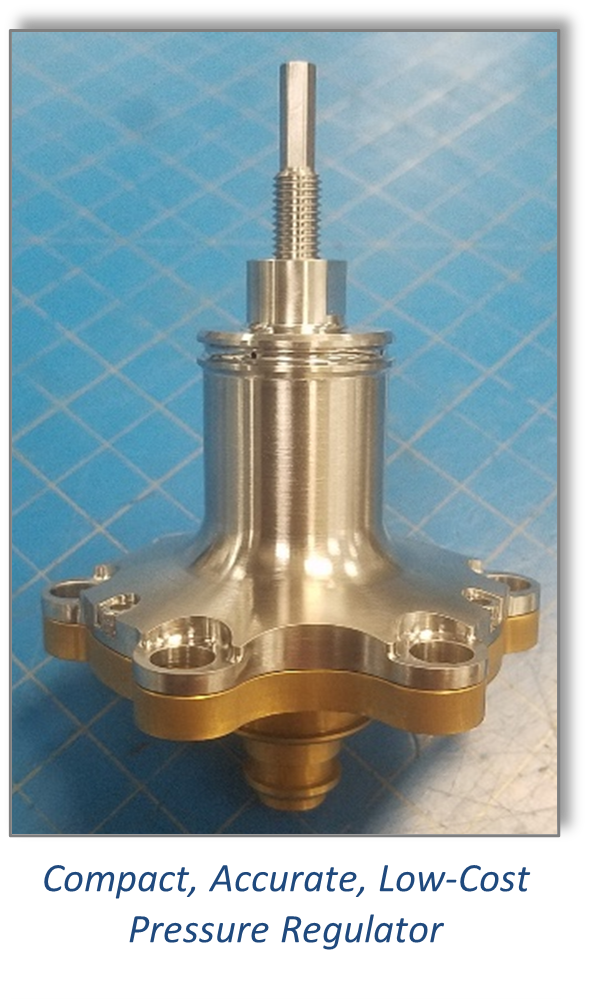 reduced part count, Valcor developed a high-strength single-piece bobbin. Traditional bobbins are multiple piece welded units, which require intermediate outside processes. This simple, yet robust design has already shown itself to be easy to manufacture.

As a companion component to this latch valve, Valcor has created a compact, accurate, low-cost, pressure regulator also selected for high-volume in space propulsion. More news to follow.

There are still challenges in the road ahead for these LEO constellations, but this high-performance, low-cost latch valve (and regulator) should help pave the way.