It was a typically hot July summer night in New York City. TWA flight 800, bound for Paris, sat on the tarmac waiting for takeoff. Passengers were getting restless, as they were looking forward to arriving in Paris on time. The takeoff was delayed because a piece of baggage had not matched up with an on-board passenger. It took an hour to connect the two, finally allowing the flight to begin taxiing for takeoff. Earlier in the day, the plane was refueled. The ground crew had problems refueling the aircraft and had to override the Volumetric Shut-off Control in order to complete the fueling process. With less than a full load of fuel in the center wing tank, the airspace above the fuel, also known as ullage, began to heat up. Twelve minutes after takeoff, the unthinkable happened. The aircraft’s center wing fuel tank exploded in flight, killing all 230 people aboard. The resulting FAA investigation determined that a short in the fuel tank sensor was the likely source of ignition. While Flight 800 is the most well-known fuel tank explosion incident, there have been many other commercial aircraft fuel tank explosions.

Had the 747 been equipped with a Fuel Tank Inerting System, this tragedy could have been prevented. A Fuel Tank Inerting System takes engine bleed air and separates the nitrogen from the hot gas stream. The nitrogen enriched air (NEA) is fed to the fuel tanks to maintain an inert atmosphere in the ullage over the fuel. Any sparks generated by electronic sensors or tank-piercing projectiles cannot ignite the ullage, and lead to an explosion that would cripple or destroy the aircraft. 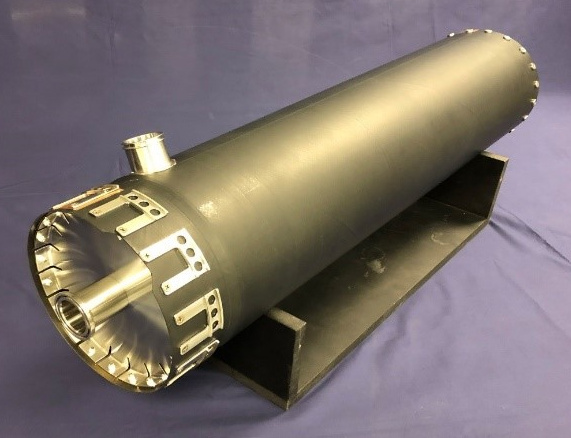 Most fixed wing and rotor craft are lost in battle because of fuel tank explosions. During the Korean Conflict, the flying services started looking for a way to protect the fuel tanks on planes and helicopters from exploding when hit with gunfire or missiles. Armoring the tanks to sufficiently protect them proved to add too much weight to the aircraft, slowing them down, reducing their range and requiring more fuel per flight to compensate for the added weight. Even something as unpredictable as a lightning strike can have grave consequences to the aircraft and crews.

The concept of inerting aircraft fuel tanks was developed in the late 1950s. Liquid nitrogen stored in on-board cryogenic cylinders provided the inerting atmosphere between the top of the fuel tank and the top of the fuel. This space, called the ullage, would otherwise be filled with air. Air and fuel vapor are a combustible mix. Anything that created a spark would cause the tank to explode, and the aircraft to plummet to the ground.

The next generation of fuel tank inerting in the early 1960s used Halon 1301 as the inerting gas. More efficient than nitrogen, Halon 1301 still required on board storage gas cylinders for the inerting gas supply. However, Halon is a Chlorofluorocarbon (CFC), part of a group of chemicals deemed destructive to the earth’s ozone layer.  Governments began regulating the use of CFCs in the late 1970s. A search was on for an alternative to using Halon 1301 for tank inerting. All Halon production ceased in 1994.

In the mid-1980s, Valcor began the development of a passive Air Separation Module (ASM) for use as part of an On-Board Inert Gas Generating System (OBIGGS). Using engine bleed air, the ASM contains a membrane consisting of bundles of permeable hollow fiber that separate out moisture, oxygen, and other atmospheric gases, leaving the NEA for inerting the fuel tanks. An OBIGGS consists of one or more ASMs connected in parallel, along with the valves and piping needed to take in the bleed air and send the NEA to the fuel tanks. The benefits of such a system were substantial. On-board Halon or nitrogen cylinders were no longer needed, freeing up space, eliminating the time-consuming task of changing out the cylinders, and reducing the overall weight of the aircraft. With no moving parts or valves to wear or fail, the uptime of the ASM is nearly continuous. The ASM can be replaced during routine maintenance and subsequently refurbished and reused. A more sophisticated fuel tank inerting system is created by controlling the flow of NEA from the ASM to vary the concentration of air in the tanks based on changing flight conditions.

OBIGGS systems were adopted as standard equipment by several military aircraft manufacturers in the mid-1990s. The first commercial aircraft to use an OBIGGS system started flying in 2007.

After the loss of TWA 800 in 1996, Valcor was a key participant in the FAA rules development task force looking to reduce fuel tank flammability on commercial aircraft.  The resulting Final Rule requires flammability reduction. 14 CFR 25.981 Fuel Tank Explosion Prevention was adopted on July 21, 2008.

Valcor Engineering has a large portfolio of ASM designs for military and commercial aircraft. Designed, manufactured, and refurbished entirely at our factory in Springfield, NJ, they are thoroughly tested for separation efficiency and flow. The military ASMs feature the higher temperature and pressure ratings needed for high altitude flight. The commercial ASMs employ the same base technology as the military ASMs but are optimized for typical commercial flight altitudes. Valcor custom engineers each ASM to our customers specifications; size, weight, and flow capacity are among the factors taken into consideration when designing an ASM.

Valcor’s patented Gen-2 ASMs feature several design advancements that make them less costly to custom engineer, and to service. Typically, 30% lighter than the Gen-1 systems, they’re stronger and lighter, using composites instead of aluminum construction. Unique patented technologies increase the durability of the hollow fiber membrane, making them more resistant to contaminants in the engine bleed air. Valcor ASMs do not require insulation to protect them from low ambient operating temperatures, a feature aircraft maintenance mechanics are particularly fond of.

ASM refurbishment includes inspection and cleaning of the cartridge, and replacement of the hollow fiber membrane. In some cases, the ports are damaged during removal from the aircraft. The Gen-2 systems make port replacement easier, and therefore more cost efficient.

Applications for fuel tank inerting systems are growing in many facets of aviation. One area of particular interest is fixed wing and rotor craft used by the drug enforcement community. Prime targets for drug smugglers, these low-flying craft are particularly vulnerable to small arms fire, as well as rocket-propelled grenades and surface to air missiles. By employing an OBIGGS, the crew can fly to a safe landing area if hit, rather than the catastrophic consequences that would result without an OBIGGS onboard.

Are you working on a project that requires an On-Board Inerting Gas Generator, or looking for a better ASM for existing designs? With over 15,000 systems in service globally, Valcor Engineering has the industry’s best-in-class ASM for your consideration.