Launch vehicles, particularly the upper stages, often use cryogenic rocket propellants such as liquid oxygen, liquid hydrogen and liquid methane because of their high specific impulse and high storage density. The pressurization, control and distribution of these propellants requires sophisticated valving that can operate and seal at these extreme temperatures.

Designing critical fluid control systems for space launch vehicles requires a deep understanding of the performance of the components under the most challenging conditions. A launch vehicle (LV) experiences huge shocks, vibrations and constantly changing forces during the flight to deliver its payload. All fluid control components and systems involved in the performance of the rocket must be designed and tested to assure their reliable operation during the entire flight. For the most critical systems, it is imperative to design in redundancy in the event of a component failure to ensure the success of the mission. The project engineer and supporting design team must take all of this into account, while keeping the system as light and small as possible. 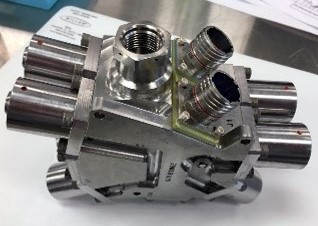 One of the biggest challenges to designing valves for launch vehicle applications, particularly for the upper stages, is meeting flow requirements within tight envelope and weight specifications. Valcor specializes in the design and manufacture of pilot-operated valves capable of achieving high flows in a compact, lightweight design. Another complex challenge is meeting internal and external leakage requirement over a wide temperature range and under extreme shock and vibe conditions. Differing expansion rates of the valve’s materials of construction at temperature extremes has the potential to create leak paths that are difficult to seal against. Valcor has perfected proprietary, advanced sealing geometries to counteract this effect and achieve reliable and repeatable sealing performance.

Space LV OEMs are evaluating the integration of more complex fluid control components into their designs, such as the use of proportional or modulating control valves to control flow instead of typical on/off solenoid valves. A modulating control valve (MCV) is typically a motor-operated device. Valcor has a line of MCVs for the LV industry, with new features added as applications change and become more difficult for existing designs to fulfill. 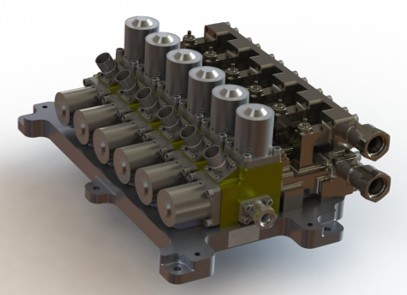 Further, the LV market is looking to its suppliers for the design and build of complete fluid control systems, rather than simply procuring stand-alone components. Valcor’s sales and design engineers will evaluate the total system requirements and propose a custom-designed manifold that incorporates most, if not all of the fluid control components needed for the application. Using Model-Based Systems Engineering methodology, the proposed design can be evaluated, simulated, tested, and ready for production in short order. The use of manifolded components results in the lightest, most compact system that also minimizes the potential for external leakage by eliminating individual component fluid connections. Custom manifolds utilize Valcor valves, regulators, and check valves, but may also include third-party components including pressure and flow sensors. The ability to procure a complete, ready to install fluid control system gives the LV OEM a highly efficient and cost-effective method of building their product. Manifolds provide a modular approach to system design, rather than a complex assembly of individual components. Construction, maintenance and ability to upgrade the LV system design are greatly enhanced as a result. 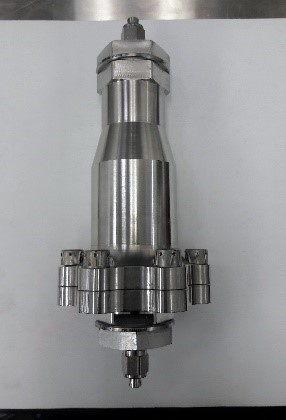 Valcor has been a major innovator in these types of valves for the workhorse launch vehicles of the past 20 years. Building on this heritage Valcor continues to provide advances in cryogenic valves for applications using high flow isolation valves, low delta P propellant tank vent valves, passively and actively actuated quick disconnects, and chatter-free check valves. Versions of these valves are used in the largest of the new launch vehicles, but also on the smallest satellite launch vehicles and landers.

With a rich 70+ year history of customized valve and system design, Valcor is poised to meet any challenges for fluid control in future launch vehicles!